Moja Świeta / My own saint 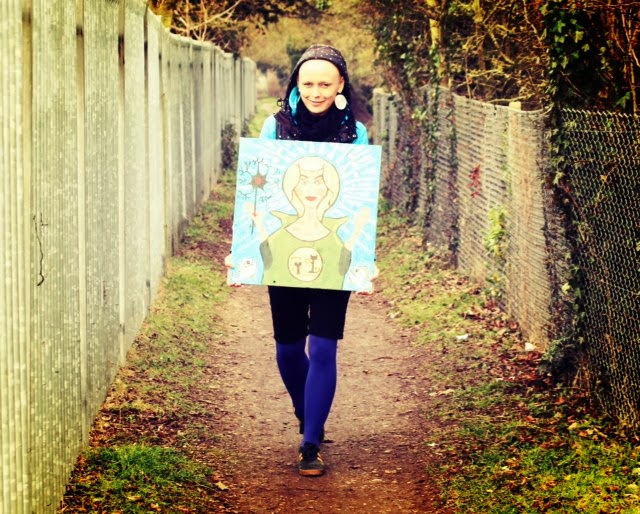 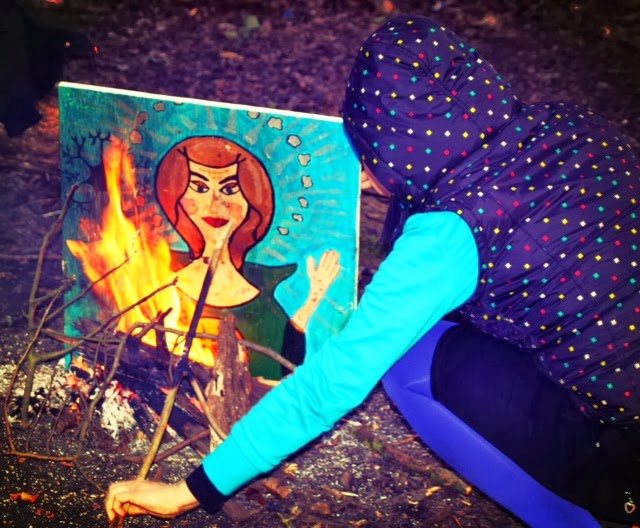 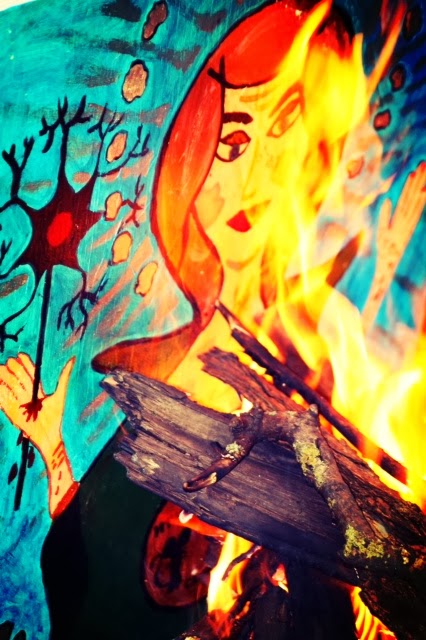 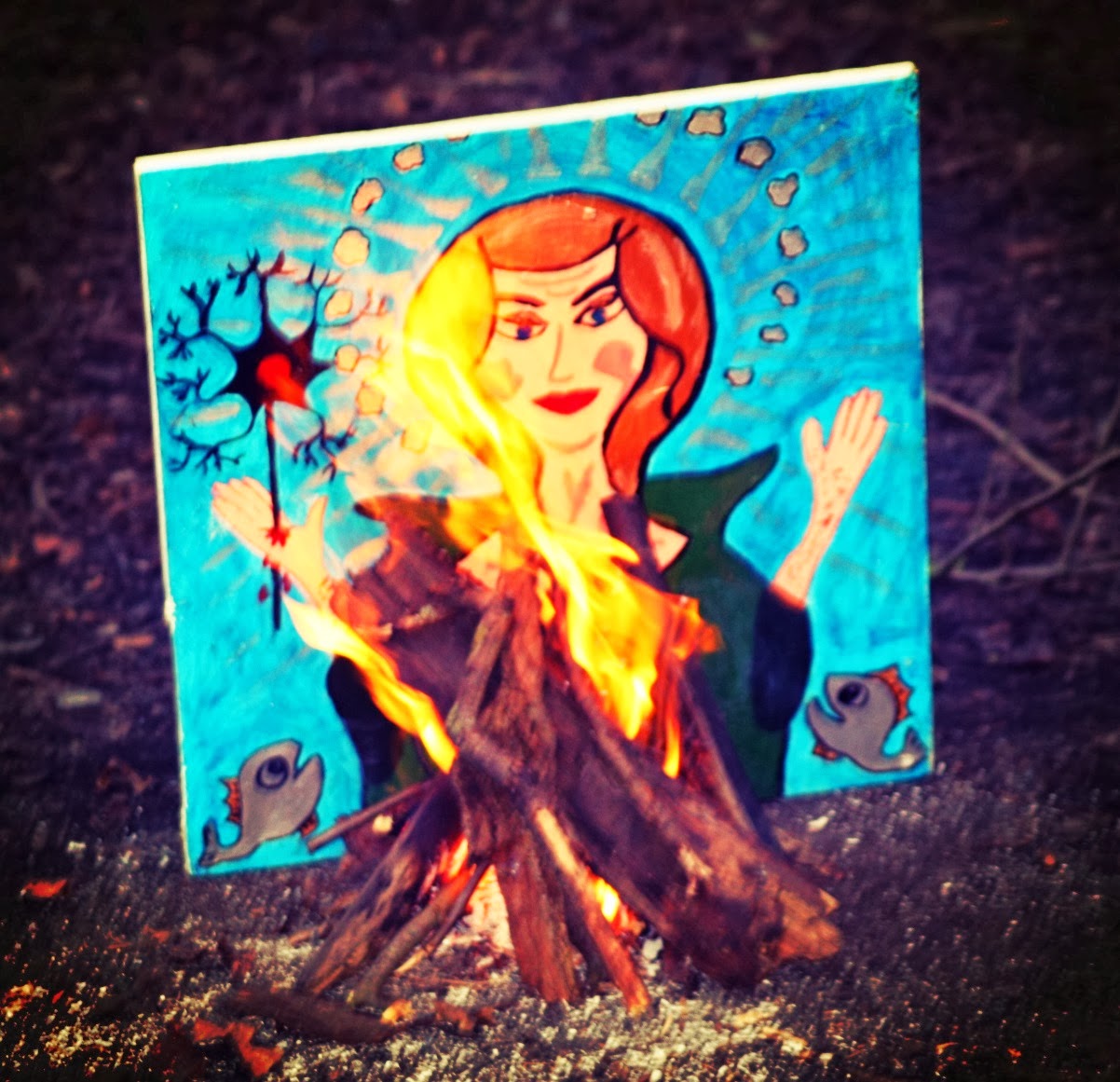 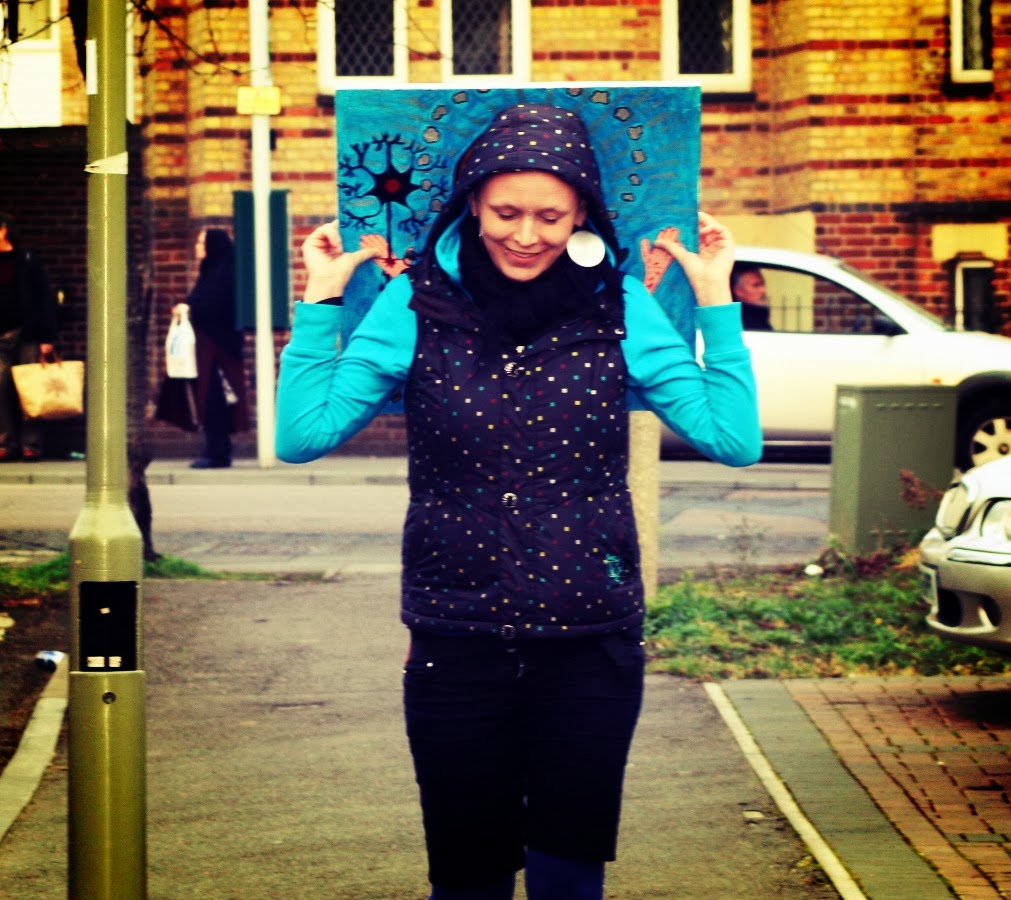 I was scratching and scratching, thinking and thinking and finally I came up with an idea of my own Saint – created for the purpose of my private needs. Saint Egzemia was very much needed. It was a time, when my skin condition was playing the worst tricks, when I was desperately searching for a cure. None of the doctors could heal me, at this point I believed only in magic. I was looking for a magical protector, a trustee, who can understand my individual case. In the act of magical creation Egzemia came into life, and here is her story:
As usual, it all happened long, long time ago. There was something wrong with Egzemia since she was born, she had a failure. Her skin was wrinkled and looked like a skin of an old woman. Such anomaly was causing worries. Other children ware making fun of Egzemia and god-fearing people believed her condition was caused by the devil itself. When Egzemia started to grow up she was experiencing the attacks. She was in a power of two demons – Itchy and Scratchy. The demons were not very terrifying but the attack they caused could look scary in the eyes of those who didn’t understand it. Egzemia often looked for peace in the waters of a nearby lake. When the demons annoyed her to the limits she was diving into the water. There were friendly spirits living in the lake – a small fish were coming by and gently nibbled her dry skin. It was the most pleasant healing. The other ways to heal were rather unpleasant, including rubbing smelly mixtures into the skin.
For Egzemia every day was suffering; her skin was peeling off and cracking. When she was under attack of demons she was scratching herself so much that the skin was bleeding. No one could find a cure for Egzemia. Many people seen her illness as very suspicious and suspected her of being possessed by a devil. They tried to perform exorcisms on her but after the attacks become even stronger.  Egzemia burned herself on a pyre, all by herself.  She couldn’t live like that any longer. She felt a relief while burning. She could feel that her disease is burning out and that she is rising into the air free and light.  People who gathered around the fire witnessed a miracle. It was a middle of the summer, but suddenly it started to snow. Actually it wasn’t a snow – it were skin flakes of angels crying over poor Egzemia. Since then she became a patron of people suffering from skin diseases.
I have created a painting of my Saint – together with her demons. I have told a story of Egzemia and magically charged her portrait. Later I have burned the picture, so the act of transformation could happen and the released energy could bring healing for myself. 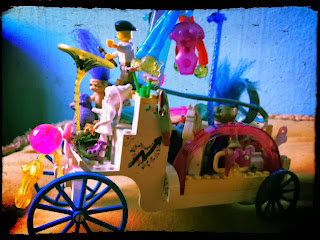 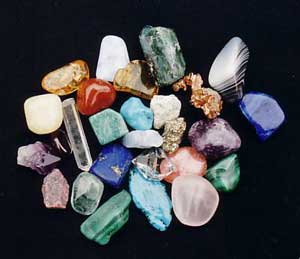 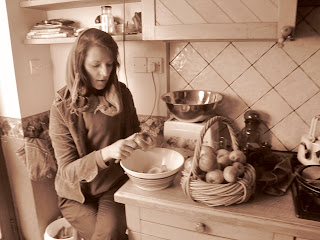 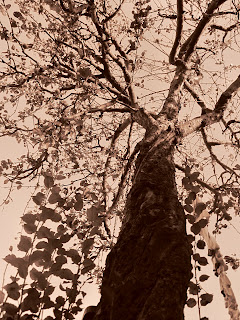 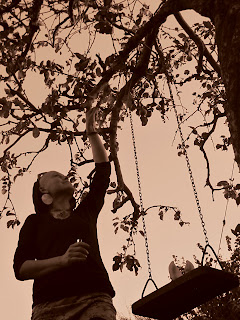 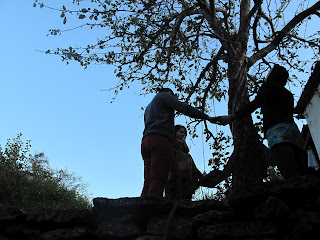 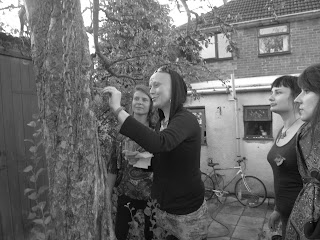 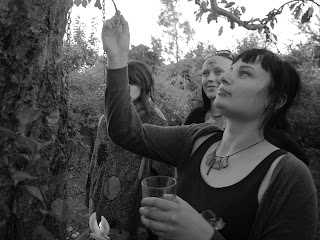 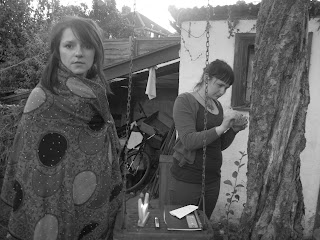 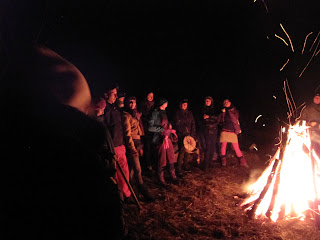 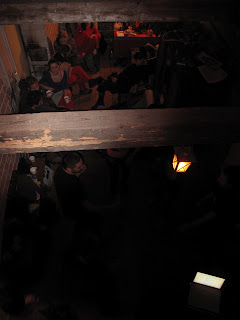 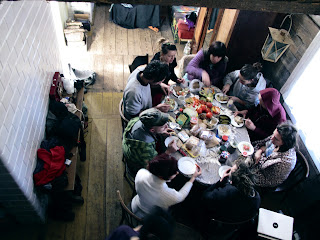 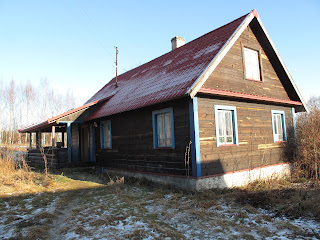 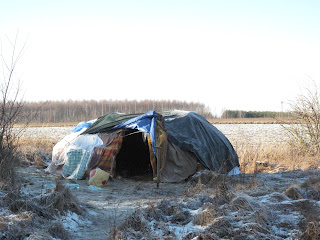 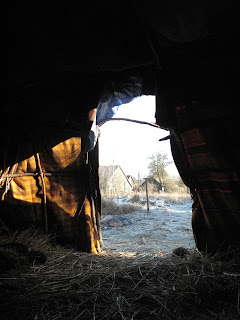 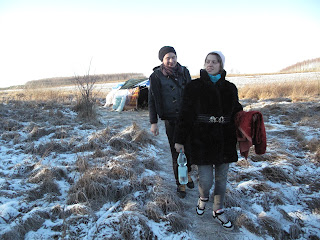 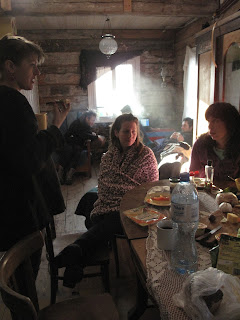 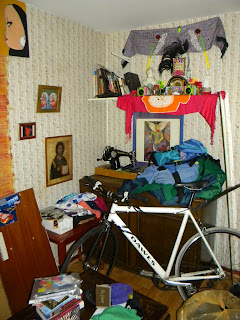 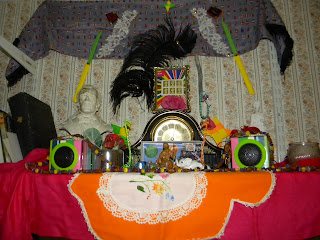 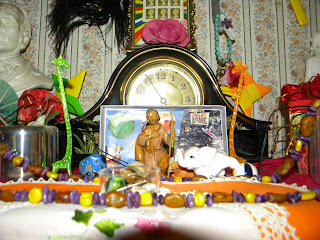 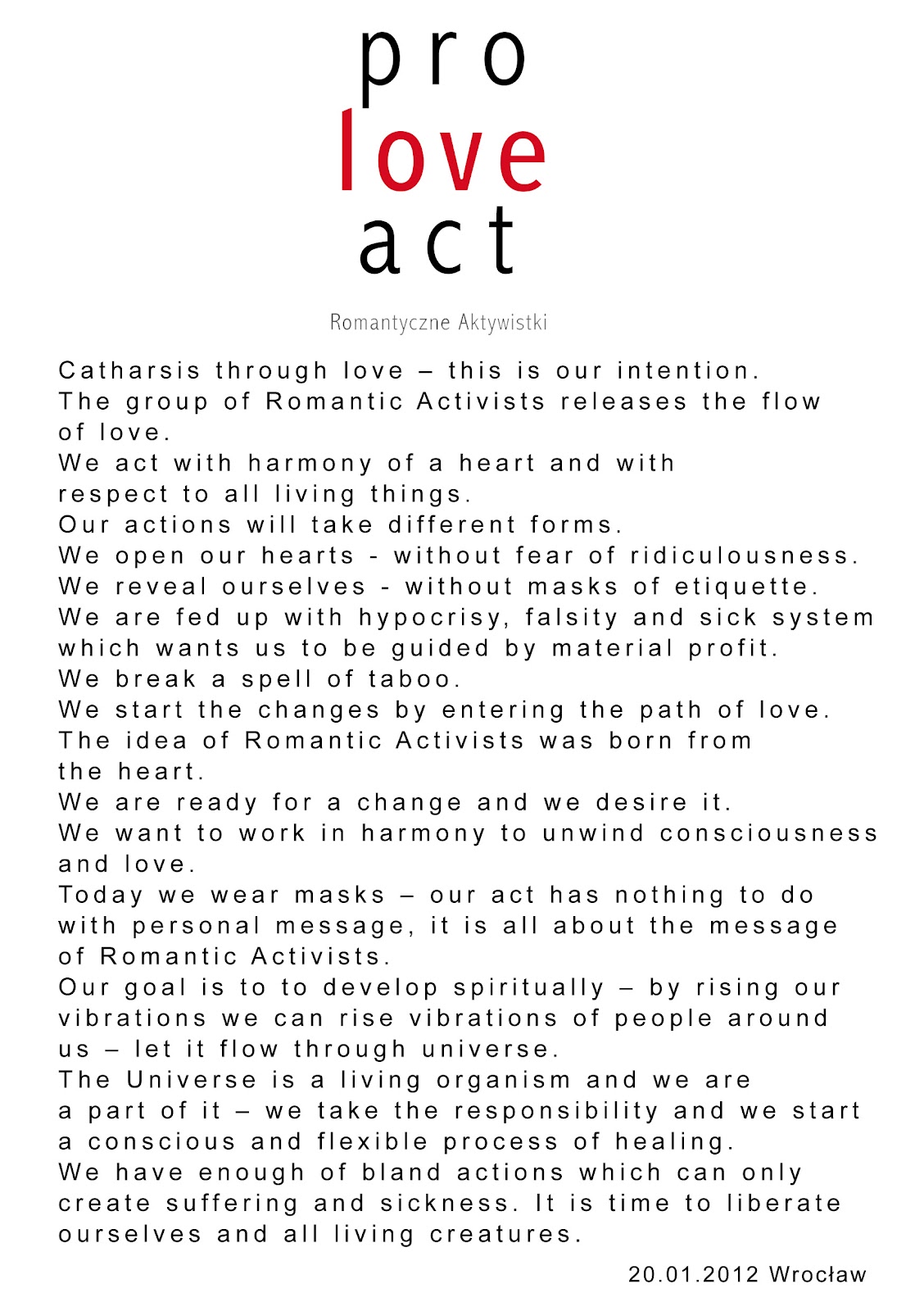